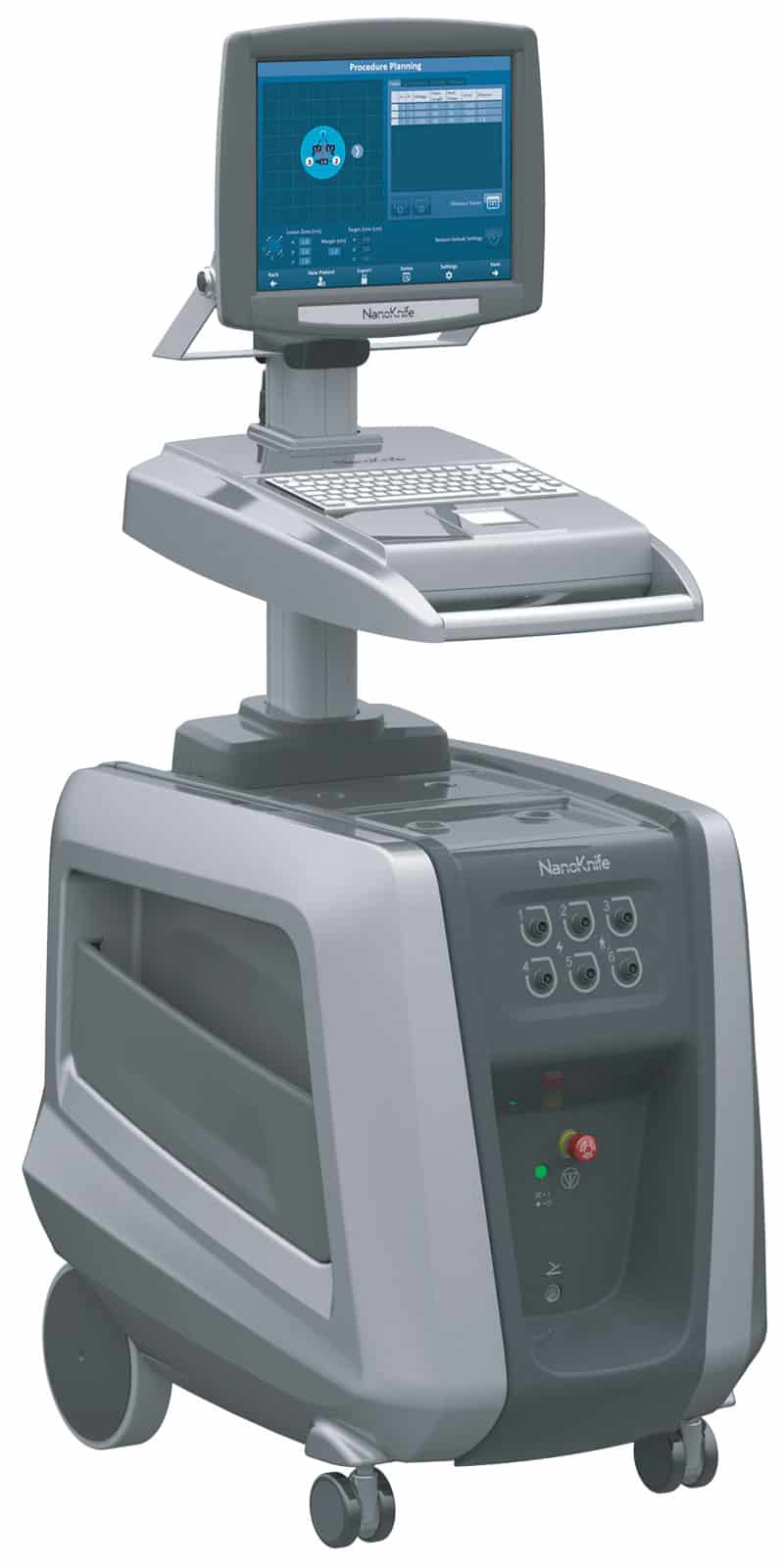 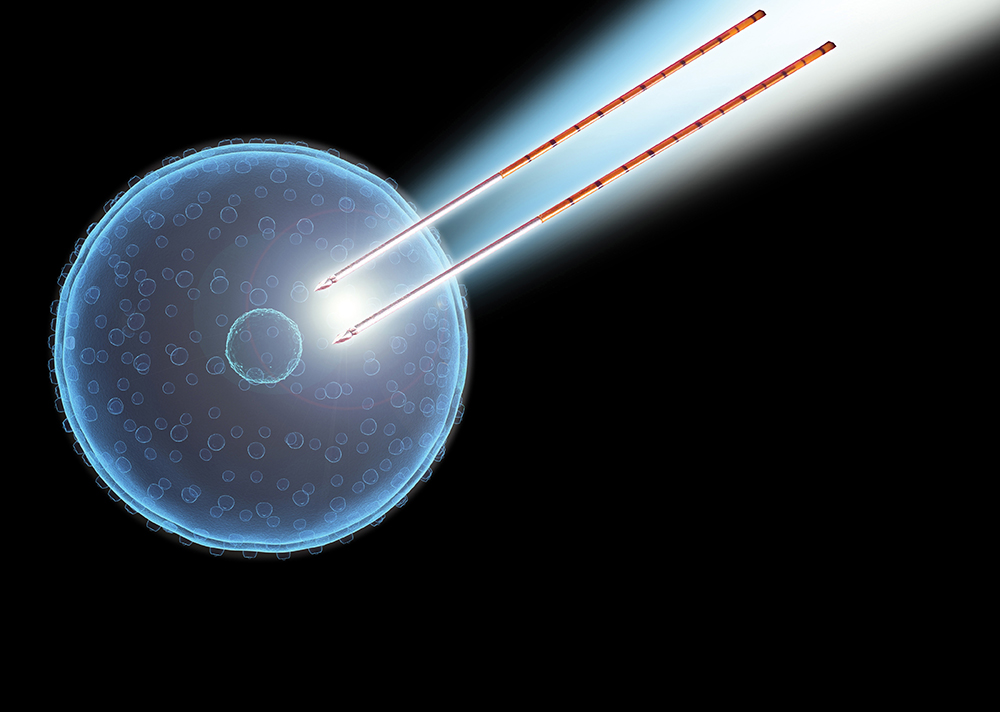 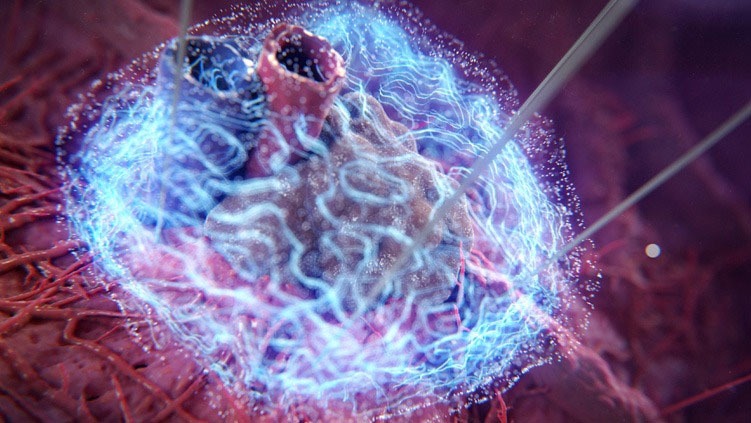 Irreversible Electroporation (IRE) is a non-thermal, ablation technology designed for precise and effective surgical ablation of soft tissue. The NanoKnife® IRE System is the first surgical ablation system based on Irreversible Electroporation technology and represents the next generation in focal ablative therapy. The NanoKnife IRE System enables physicians to treat otherwise difficult to treat parts of the body, near critical structures like vessels and ducts, thereby expanding the physicians’ treatment options.

The NanoKnife IRE System uses a series of microsecond electrical pulses to open “pores” in the cell membranes. The electrical pulses are delivered through several needle-like probes placed into or around the ablation zone under CT or ultrasound guidance. By applying enough high voltage energy, the open pores cause irreversible damage to the cells. The cells die and are removed by the human body’s own lymphatic system. The procedure is done under general anesthesia and requires muscle blockade. While other ablative modalities utilise extreme heat or cold, which can irreparably damage healthy tissue in the area, recent studies show that blood vessels, ducts, and other delicate anatomical structures near the ablation zone remain viable—making NanoKnife IRE System a compelling tool for difficult-to-treat parts of the body. 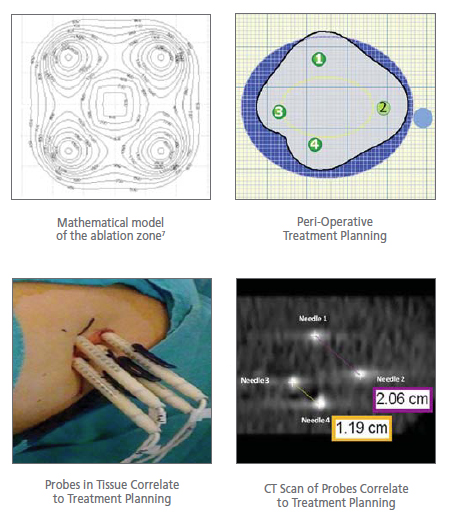 Irreversible electroporation, or IRE, is a generation apart from other ablation therapies that use extreme heat or cold, radiation or microwave energy. Unlike these ablative modalities, the NanoKnife IRE System is non-thermal, poses no heat sink issues and does not affect the blood vessels, ducts, and other critical structures. As a result, NanoKnife IRE System has the potential to expand the application for focal ablative therapy to include cells at or near vital structures—making NanoKnife a compelling treatment option in difficult-to-treat areas and for patients who are not candidates for surgery due to the location which requires treatment.